From A Student's Perspective - If They Only Understood

In 2008, I rediscovered running. I guess I should really say that I discovered the joy of running in 2008. I had run in high school and when I was in the Army, but I hated it. In 2006, I started running in order to keep in shape but still didn't care much for it. It was 2008 when a couple of friends talked me into running the Dam Fool 4 Miler and got me hooked on running races. Since that time I've run 6 Marathons (The Myrtle Beach Marathon, The Columbus Marathon three times, and the New York Marathon twice). I've run close to 40 or 50 Half Marathons and a couple of hundred races of shorter distances. During that time I couldn't understand why people didn't want to run. I apparently had formed some type of amnesia, forgetting how much I had hated running earlier in my life. I could not fathom why it was that my friends and co-workers didn't want to run with me. It was fun! Others didn't see it that way, but I tried to convince them. If only they would give it a try, they would find the joy that I had found.

Fast forward eight years. In an effort to "expand my horizons", "try something new", "get outside of my comfort zone", I signed up to take Beginners Ballroom Dancing through the Dublin Recreation Center. A co-worker took the class with me so that it wouldn't be too awkward. It was, most definitely, outside of my comfort zone. Aside from a couple of "slow dances" when I was in school, you know those dances where you shuffle your feet back and forth and turn in a circle, I had never danced.

After I had gone through six weeks' worth of lessons, I still didn't feel any better about my dance abilities. But that really wasn't the point anyway. It wasn't like I was going to be going out dancing on a regular basis. I was just trying something different. But I sort of liked this new activity and decided to sign up again the next time around. This time I liked it a little bit more. I felt a bit more comfortable and, while it was still outside of my comfort zone, it was a little more comfortable. So, I did it again.

As time went on I continued to do group classes and my instructor told me of someone she knew who wanted to take classes but needed a partner. So, not only am I dancing, but NOW I'm going to start taking lessons with someone I don't know....SURE...WHY NOT? Nothing uncomfortable about that, especially for an introvert such as myself. (Do you feel the sarcasm coming from the page?). Let's throw something else into the mix....let's start going to dance parties every month...and if that's not enough, let's have a different partner every time! Yes...."Introverts Unite....In your own homes.....separately!" has always been my motto, and now I've traveled so far outside of my comfort zone that it can't be seen in the rearview mirror. 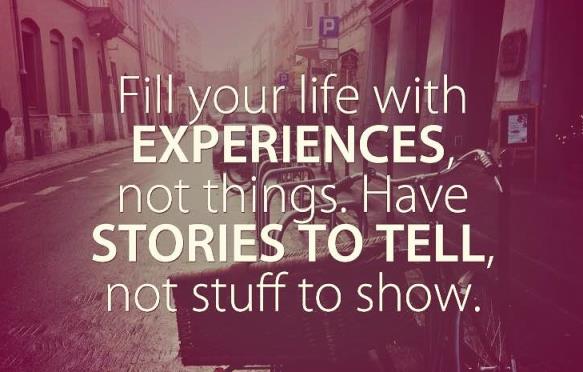 Running and dancing have both been activities that give me a release from the stress of my job. It is considered one of the most stressful jobs out there. Any day at any time, I can face the worst of what people can do to each other or themselves. So think whatever you want about how I have chosen to get away from that stress. Running and dancing have saved me from burning out more times than anyone knows. They have saved my life, and my sanity.